How do you handle ugly, unforgivable thoughts and feelings? 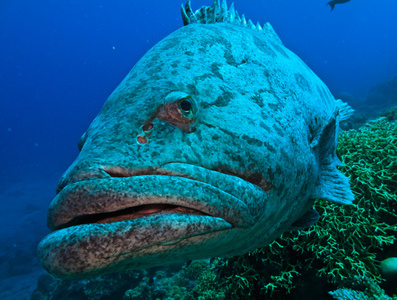 I wish I could say I’ve never had an ugly, unforgivable thought or feeling. But I have had them. One memorable example: during an overwhelmingly stressful period with my ex-husband, I caught myself wishing my daughter had never been born.

I felt like a swimmer watching a hideous creature rising from the depths. Were these my true feelings, surfacing at last? Even if they weren’t, didn’t my very ability to think such a thought make me a terrible mother? Even worse, how would my daughter feel if she knew I was thinking this?

I felt horrified. I have high standards for my behavior towards other people.  My parents brought me up to value highly the care and respect of others, and this was only strengthened by my HSP empathy and foresight about the possible effects of my words and actions.

Thank God I remembered the words of Marshall Rosenberg, the creator of Nonviolent Communication: “The more vicious the jackal, the more precious the needs it is trying to protect.” By “jackals,” he meant ugly, critical, shaming, or blaming thoughts and words. I saw I had two sets of jackals going on: the original “ugly fish” (the thought, “I wish my daughter had never been born”) and the shaming voice saying, “How could you even think such a thing…that’s horrible…”

Looking at it this way, I saw each side had precious needs. The shaming voice desperately wanted to protect my relationship with my daughter, and to save me from the inner disaster of being judged a terrible mother. (Years earlier, at my first NVC workshop with Marshall, I shared I had come to the workshop to learn how to be a good mom: I was pregnant with my daughter. He replied, “Trying to be a good parent is my definition of hell!” Now, I finally understood what he meant.)

The “ugly fish” voice, on the other hand, was an expression of my utter despair about my relationship with my ex. The many unmet needs included choice, peace, and safety: I had not been able to find a way to co-parent—which required communication with my ex—while also protecting myself from unpredictable angry attacks, including legal ones.

How did I get to the message underneath?

If you are not in Presence, then by default you are merged with a partial self.  In this case, I was merged with a partial self that felt exhausted by the stress of being constantly on edge. This part could not see a way out, and on top of that, it took the shaming part’s words to heart and felt horrible about itself. Wishing my daughter had never been born was its best attempt to imagine some scenario where relief could be possible.

I couldn’t “unthink” the thought, much as I might want to. Instead, I tried to translate the jackal howling into the language of feelings and needs. I discovered I need industrial-strength Presence to be with “unforgivable” thoughts.

Once I found that bigger perspective, I felt less inclined to put judging adjectives like “good” or “terrible” in front of my parental title. (Marshall Rosenberg goes a step further and cautions against using any labels, including “mother.”) Instead I found it helpful to focus on what I actually did, and still do: I think about my role in my daughter’s life. I ask myself (and her) how I can best be supportive. I stay in touch. I make mistakes then try to fix them.

In the next Listening Post video, I’ll share specific techniques that work for me to create this “industrial strength” Presence. In the meantime this article goes out with thanks to my daughter for her good-humored consent.

« Do I really need to be alone? or do I need the right kind of company?
How to ground intense emotions in your body—without getting overwhelmed »