How to avoid getting in over your head 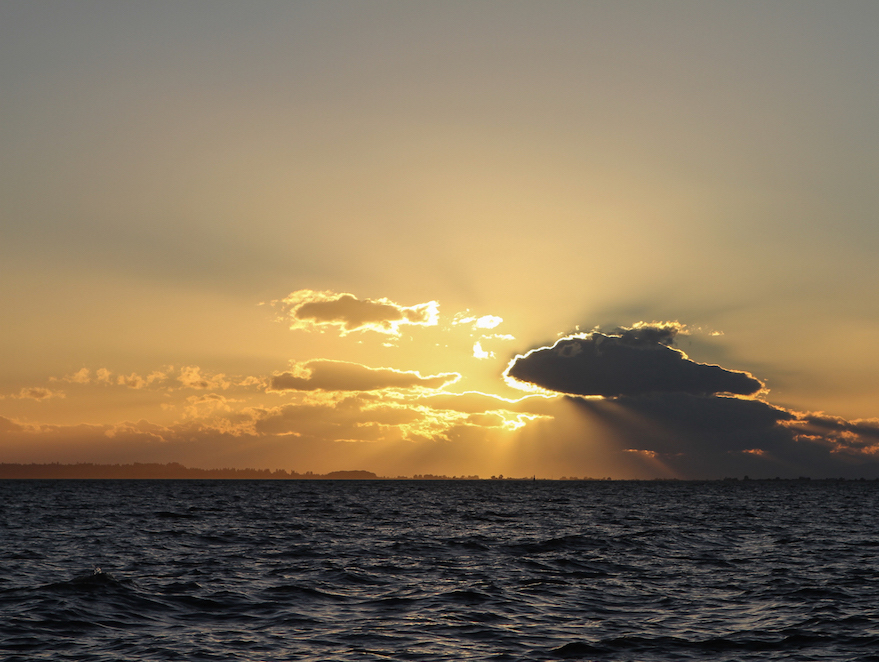 I’ve been surprisingly stressed for the past several months. I say “surprisingly” because I generally keep myself well-fed, watered, exercised, and rested, and I’m lucky to have a happy life. I’ve been busy, but that’s nothing new. And while challenges have come up, there has been a manageable rhythm to them: I’ve been able to address them, then they’ve passed, leaving a sense of resolution.

But this spring, underneath that rhythm of resolution, I felt a nagging sense of stress that wasn’t going away. Finally, I got a sign I couldn’t ignore. I had this nightmare:

I’m in the passenger seat of a car. Everything is dark. I can’t see where we are going.  I can’t see the driver, either, but he or she is driving way too fast. We miss a curve, go off the road, and hurtle over a cliff. As we fall, I know we are going to die, and I’m screaming, “I love you!” to my partner, like people do who know their plane is crashing.

I woke up shaken, knowing my “dream director” was desperately sending me two messages. First, there was an issue somewhere in my life that badly needed my attention. And second, I wasn’t seeing the issue clearly: I was literally in the dark.

Nightmares: a doorway to insight

Like many highly sensitive people (HSPs), I have vivid dreams that offer me with valuable insights. So, waking from my nightmare, I looked up “driving off the road” in my dream book. It said, “You have relinquished command to another person or to chance. You can’t see where you are going and you do not have any control. You are driving yourself too hard.” The nightmare meant I was not facing something or someone I needed to face. I asked myself, “What do I most fear? Whom do I most fear to confront?”

I was at a loss to answer these questions. Reading further in the “Nightmares” chapter, I found, “Make a list of the people, situations, and events that are most annoying, upsetting, or threatening to you. Who or what do you wish were not in your life? Make a start with your closest guess….you will get a correction if needed.”

I still had no idea what the problem was. But over the following days, my deep-processing HSP mind chewed, like a dog gnawing a bone, on that question: “Who or what do you wish were not in your life?” Four days later, the truth hit me: my nightmare was a project I had taken on over a year ago for someone I respected very much and wanted to help.

This burst of clarity felt like waking from a dream, or seeing the sun suddenly shine out from behind impenetrable clouds. I looked back and saw what I had not seen before: before having the nightmare, I had passed through three earlier stages of this “in-over-my-head” feeling over a period of many months. But not until now had I recognized each stage for what it was:

This stage was marked by vague feelings of guilt and uneasiness about the project that began many months ago. I wasn’t getting done what I thought I should be getting done, partly because I wasn’t clear what I was supposed to be doing. Yet no matter how hard I tried, I couldn’t seem to get clear. My uneasiness morphed inexorably into real distress.

When I try to solve a problem that contains too many variables, I get a very distinctive feeling in my head, like a balloon blown up too full. My head feels like it might explode. I started to have that feeling whenever I thought about this project.

In addition, I noticed myself engaging in another Stage Two behavior: obsessive list-making. I’ve got nothing against lists. On the contrary, I’m an INFJ, and that’s how we roll: when the going gets tough, we get more organized. But this time, I was stymied. No list or strategy seemed to relieve the stress I felt. But I still wasn’t able to connect all these dots and relate them to the project. I thought the stress was from general busy-ness. And, not having identified the true source, I sank into Stage Three.

This fatigue was different from a temporary, “I didn’t sleep so well last night” feeling. It spanned weeks and defied relief. I tried to imagine an amount of time off that would give me time to recover, and couldn’t: no matter what I did, I’d end up stressed again. But why? I still couldn’t figure out what was causing this level of stress in me. That’s when my body/mind resorted to the nightmare strategy.

Nightmares are our sensitive mind’s way of shouting at us when we haven’t been able to comprehend more subtle messages. And they are effective. It’s hard to ignore images of driving off a cliff. I got the message this time and made it an urgent priority to solve this mystery. In a meeting about the project a few days later, I noticed my head felt like it might explode….and this time, I began to connect the dots.

I realized that the time commitment for the project would likely be massive; the objectives were complex and changing; and the stakes were high. For a conscientious person—and like most HSPs, “conscientious” is my middle name—it was a set-up.

I also realized that the only choice that felt right was to withdraw from the project. I saw I had been unconsciously suppressed this option, yet my body had been pushing back with increasing urgency, as if to say, “Please, please withdraw!” The irresistible force was colliding with the immovable object, leaving me stressed and exhausted.

So I made the decision to withdraw. And, although I had known this was the right thing to do, I was startled by the depth of relief I felt. I slept better that night than I had in weeks. I woke up more relaxed than I had felt in weeks. And all this relief came before I’d even had a chance to deliver the news.

As I’ve pondered this experience, I’ve seen how recognizing these four stages might save me grief in the future. In fact, I might be able to avoid the whole mess altogether by catching it even earlier at “Stage Zero”—that is, the moment I was approached about the project. For a complex set of reasons, I did not check in with myself the way I usually do before agreeing to do things. I overrode twinges of unease. I would pay more attention to those twinges now, just as I pay attention when I try on shoes, having learned the hard way that even a seemingly slight rub or pinch in the store can translate to serious blisters down the road.

Of course, we all find ourselves in over our heads sooner or later. We’re human, and in the complexity of life, it can be hard to tell what is causing what. What astonished me in this experience was how exhausting it was to be out of integrity with myself, and how huge my relief was when I faced the truth and recovered that integrity.

I wonder if this is one reason we HSPs process things so deeply: we find it excruciatingly uncomfortable to be out of alignment with ourselves and our values.

*Thanks to Kaitlyn for another beautiful photo (www.kaity.wyenberg@gmail.com)

« Overstimulated and running out of gas? try my favorite luxurious rest strategy
Do you dread waking up anxious? Here are some ways to prevent it »