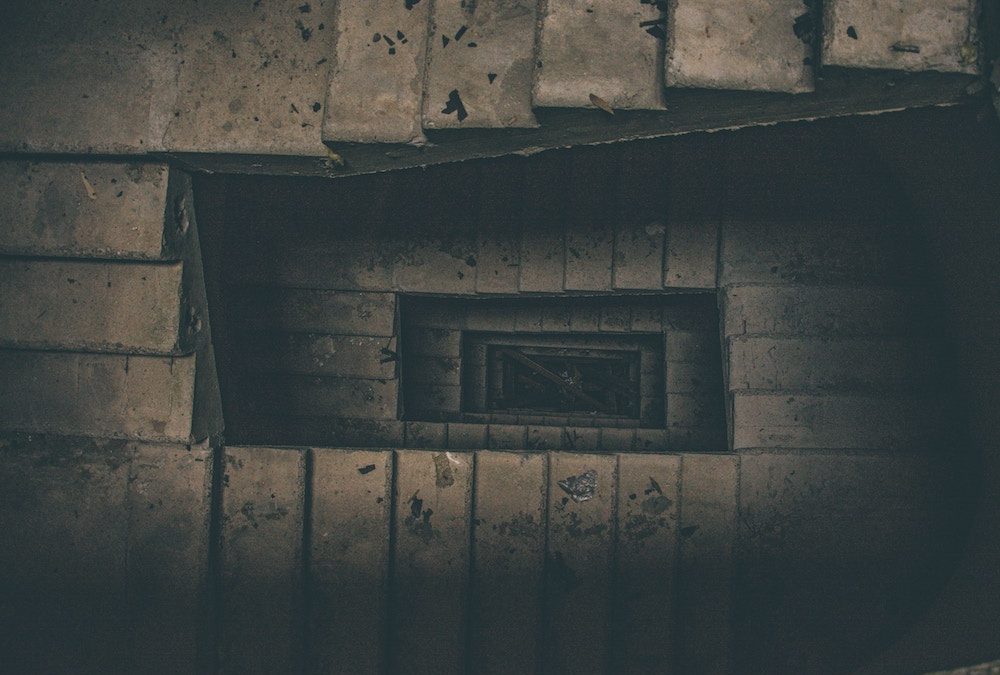 If you have a much going on in your mind all the time as I do, you too may have asked yourself, “How much should I share?” Here are some (not all!) of my thoughts on this important topic…

I think about things. A lot. Being a sensitive person means having a brain hardwired for deep processing. But because of this fountain of thoughts and ideas, I constantly face a dilemma: how much should I share with other people?

Like a stairwell endlessly descending, I can go always go deeper. And in fact, I used to believe that true authenticity meant sharing in great detail. In reality this left me feeling overexposed. It also left my listeners overwhelmed. When this happened, I’d flip to the other extreme, trying to emulate John Wayne. Ha. That was a complete bust. I can be strong when called for, but silent?

So how do you curate the contents of your mind when relating to others? I want to be authentic, but I also want to be considerate. Not surprisingly, I’ve ended up thinking about this, too. A lot.

My friend B., who happens to be a sensitive person too, told me he has sworn off the three little words. Not “I love you”: that wouldn’t have gone over well at home. He was referring to the ubiquitous “How are you?” “I hate being asked that!” he protested. “What does it even mean, anyway?”

I thought about his comment and realized how right he was. Most of the time, of course, when someone asks you how you are, they just want to hear, “Fine, thank you.” In business situations, “How are you?” is social code for, “Is anyone bleeding, on fire, or otherwise incapacitated here? Or can move on to business?” When you meet an acquaintance at the grocery store, on the other hand, the code typically means, “I see you there, and I don’t have time to talk.”

I was well into my adult life before I figured this out and began to curate my responses to the question, “How are you?” I stopped revealing that I had barely slept the night before, that my boyfriend had broken up with me, or that I was going crazy trying to prepare for an audition.

A mental health professional might have diagnosed me as socially awkward or even lacking in sensitivity to social cues. I could hardly argue with the awkward part of that assessment. However, my apparent obliviousness to social cues stemmed not from inability, but from sensory overload. I was so preoccupied trying to listen, and observe the other person, and figure out what to say, I didn’t have much bandwidth left to form all the data into a coherent social strategy.

In short, I was completely overaroused. Like many sensitive people, I prefer having deeper conversations with people, but I needed practice at assessing how much depth was called for in a particular situation. And, in addition to practice, I needed parameters.  If you were entering a grocery store in the US for the first time, how would you know which of the 40 peanut butter options to select? Crunchy or smooth? Salted or unsalted? You’d need criteria to choose. So did I. Once I realized this I could begin to observe and experiment.

Being sensitive to capacity

My observations were humbling. Sadly obvious as it will sound, I realized I needed to stop worrying so much about what I wanted to say, and pay attention instead to my listener. The fact is, our capacity to take in information varies wildly, even from one moment to the next. A corporate consultant memorably demonstrated this for me by pouring water into my cupped hands. As the water overflowed, he said, “This is what happens when we share more than the other person can take in.”

Given my bias towards deeper conversations, I saw that my tendency would always be to offer more than others could absorb. So the image of hands overflowing has became a permanent reminder to me to stay tuned in to my listener. Sometimes more depth or detail is called for. But first and foremost I must respect the other person’s willingness and capacity.

Having a clear intent

Within these limits of care and consideration, though, I still have the question of how much and what to share. Here, it helps most to be clear on my intent. My default intent, established in my teen years is to try not to do or say anything embarrassing. But as Marshall Rosenberg used to say, “It’s hard to do a don’t.”

Besides, trying not to act like an idiot is an awfully low standard. Why not focus on what I do want? So, going into situations where I’ll be interacting with others, I make a conscious effort to set an adult intent.

For example, I recently sent a card to some neighbors expressing appreciation for the poetry stand outside their house. A new poem would appear in the stand every week or two, and for several years I’d been stopping by on my morning walks to read the latest selection. In my card, I suggested they might come over for tea. And, amazingly, they did.

I had never met these neighbors. In fact, I had never even laid eyes on them. As a card-carrying introvert, I felt more than a little bit vulnerable inviting them over, cold turkey. So I took special care to consider my intent before they arrived for our dessert date.

I decided my simple but sincere intent was to share our hospitality with them and to convey my appreciation for their poetry gift to the neighborhood. Braced by this clarity, I spoke and listened in whatever way felt natural. We had a lovely evening. And my suspicion was confirmed that we were kindred spirits.

Savoring a meeting of the minds

No doubt, a certain maturity is required to maintain this level of intentionality and empathic awareness. When the kid in me longs for someone’s fascinated, undivided attention, I find it a struggle to act like a grownup. But as I’ve written before, taking time to fully process and celebrate events and realizations is principally an inside job. So I’ve had to cultivate presence and empathy towards myself—the ability to give myself space to feel how I feel and to ponder whatever is on my mind.

On the other hand, those times when we can connect around a topic of mutual interest, without holding back, are one of the rare pleasures of life. I once had such a conversation with a fellow professional oboist. Having dumped out all our reed making equipment, we dove into an insanely technical discussion about gouging machines, cane diameters, sharpening techniques. After one exchange that was as satisfying as it was obscure, I caught his eye. We burst out laughing. I said, “Isn’t this fantastic? Who else could even understand a word we’re saying?!”

Moments like this are precious. If you have a couple people in your life, let alone three or four, with whom you can go deep on topics dear to your heart, that’s a gift. Savor it and celebrate these friends and these conversations. They help us accept with good grace the more frequent occasions on which we choose to significantly edit our responses. In the end, this adult discernment is a way of caring not only for others, but for ourselves.

Photo by Riccardo Pelati on Unsplash