The danger of overriding your HSP “pause to check” habit 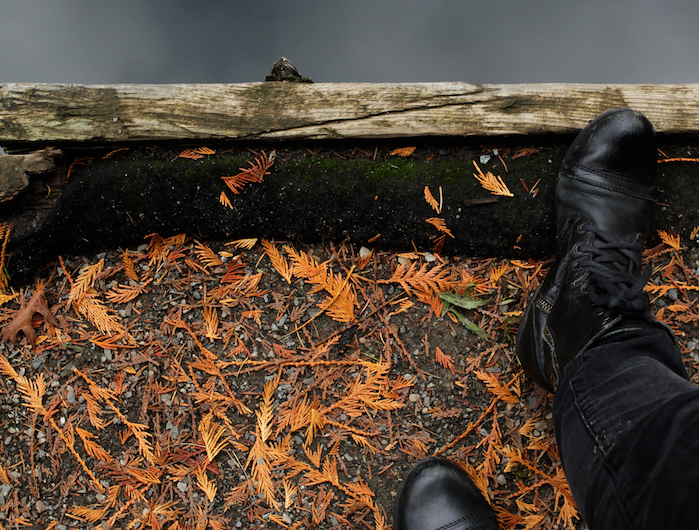 Remember the old crossing-guard command, “Stop, Look, Listen”? Sensitive people have our own version of this traffic safety awareness mantra. It’s called “pause to check”, and if you are an HSP, you’ve certainly done it. In fact, “pause to check” is a key hallmark of the HSP trait: it describes the way we engage with new situations.

Elaine Aron describes this “pause to check” stance in her book Psychotherapy and the Highly Sensitive Person, saying that HSPs prefer “to be on the sidelines in a situation for a while before entering it….generally exploring a situation more by observing and reflecting than by moving about within it.”

To be clear, observing from the sidelines in this reflective way does not mean we are timid or faint of heart. One HSP friend of mine has climbed a 19,000 foot peak in the Andes. But before doing that, she planned meticulously and trained extensively. And she made a tough but prudent decision to turn back just short of the summit, knowing she could not go further and still come down safely.

Because I’m an HSP myself, Elaine’s description of observing from the sidelines sounds logical, rational, and, well, right. It probably sounds right to you too. But if you think back on your life, I’m guessing you can remember times when people around you—parents, coaches, teachers, even friends—misread your “pause to check” behavior.

Perhaps they concluded you were obstinately unwilling to try something new and just needed a push. Or maybe they thought you were a chicken, a wimp, or a scaredy-cat.

If you found yourself in this situation, how did you handle it?

If you felt compelled to decide on the spot between prudent restraint and immediate (but possibly risky) action, you faced a dilemma. Your instincts screamed “Wait!” But like most kids, you wanted to please the authority figures in your life, and you wanted your friends to respect you. These conflicting pressures may have frozen you in place…or pushed you to act with uncharacteristic impulsiveness.

Faced with these very pressures in my seventh-grade gym class, I acted impulsively. My “pause to check” habit was screaming “Don’t do it!”  I ignored it.

Before I describe the outcome of that ill-fated decision, though, we need a bit of back story. I am now a quite a decent yogi. But I’ve never mastered the art of the handstand. Why? Because on the elementary school playground, I “paused to check” as I watched the other girls turning cartwheels, holding handstands and performing back flips (one petite, wiry redhead could do three flips in a row.) Upon reflection, I concluded that any move that required me to throw my head at the ground was wildly irrational. Decades later this conviction remains unshaken.

By the time I go to seventh grade gym class, my “no throwing my head at the ground” edict had been in force for over a year. To pass the gymnastics unit, I had to complete a sequence of three skills. For me, handstands, cartwheels, and flips were out of the question. The balance beam meant certain death. I was left with the least of the remaining evils: the vault.

There was just one problem with the required vault: I knew I could not do it. Though I’m a Gumby doll when it comes to forward bends, I’ve never been able to do the side-to-side splits this vault required.

But I had never failed a test either. Something had to give.

Thus it came about that the irresistible force—my conscientiousness, another HSP trait—met and overcame the immovable object—my sheer terror. I took off running down the long mat, hit the spring board, planted both hands on the horse, hoping wildly for a miracle. No miracle occurred. Instead, not one but both of my ankles hit the horse, plunging me forwards. In other words, I threw my head at the ground.

Luckily for me, the gym teacher caught me.  Not so luckily, she was angry and disgusted (I’m sure underneath that, she was scared, and with good reason: I could have broken my neck.) The humiliation I felt in the face of her response put the cherry on the sundae of this adolescent nightmare.

The price I paid for overriding my own better judgment

As we reflect this grisly scene—giving thanks for not being 13 any more— notice that I did “pause to check”. I knew I was making a bad decision. But under duress (and a perceived lack of options), I ignored the results of my observations and reflections.

So you could say one good thing came out of that humiliating episode: from then on, I took my own fears seriously. I could have been badly hurt, and I realized I had overridden my own better judgment in attempting the vault.

The problem was, I implemented these insights about my impulsive choice by swinging to the opposite extreme.  From that moment on, a part sprang up in me that lumped all of my fears and hesitations together and concluded that they all meant trouble. That overcautious part of me ran the show in the risk department for a long time, causing me to bow to my fears, whether or not they were truly rational given my ever-improving life skills and experience.

As a result of this overcautious reaction, I paid a price for my decision that lasted long after the pain, fear, and humiliation of the crash had worn off. I was at times paralyzed by my fears. But this need not have been so. And for me it no longer is so, because I know how to Focus.

Focusing gives us tools to discern clearly the messages our fears are trying to convey us, and whether those message is based on current information or old beliefs. In the next Listening Post I’ll describe in detail what kind of thinking keeps us paralyzed, and what kind of thinking frees us to act with confidence. And I’ll show you how to make that shift with Focusing.

*Thank you Kaitlyn for the beautiful photo! kaity.wyenberg@gmail.com

« 3 ways to love your HSP sensory sensitivity instead of hating it
Yes, there’s a time to act—even when you don’t feel like it »