To head off conflict, acknowledge your point of view 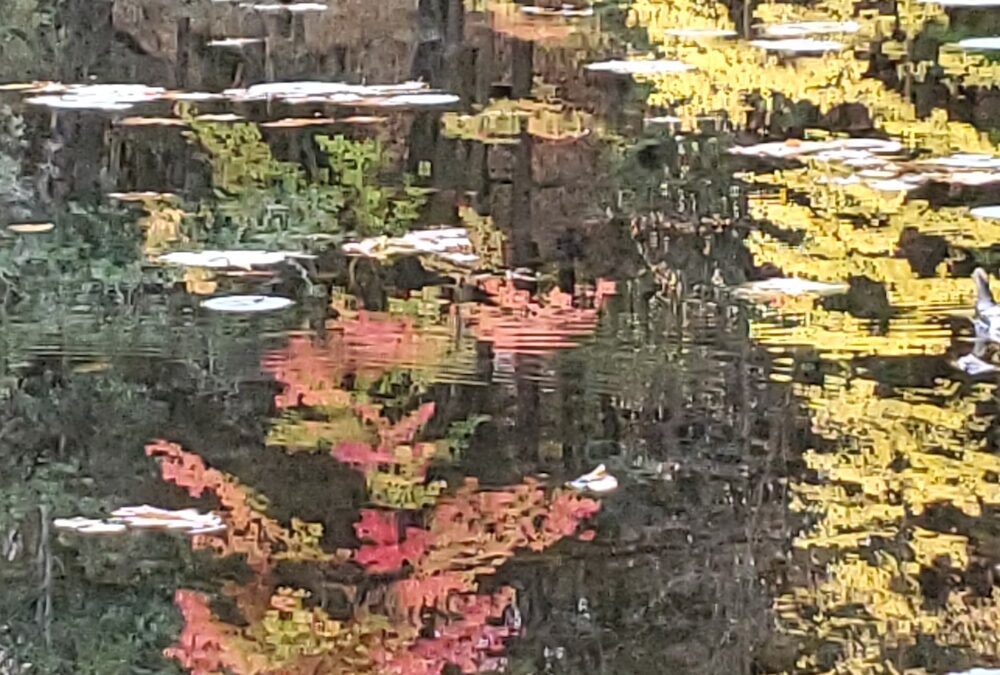 Even when a conflict seems insurmountable, a powerful action is always open to you: you can acknowledge your point of view. Then you enter a different world, one in which respectful disagreement is possible and people sometimes, miraculously, change their minds.

We can’t avoid having a point of view. It’s an inescapable aspect of being human—a neurobiological inevitability. Case in point: I had planned to begin this article by saying, “The U.S election is finally over.” But many Americans wouldn’t agree with me. They have a different point of view. And so we come to another equally inescapable aspect of being human: conflict.

How on earth do we handle conflict when we can’t even agree on our perceptions of the truth? This dilemma is front-and-center right now here in the U.S., where we are starkly divided along political lines. But the question of perception comes up in all our conflicts, not only political ones. It affects our relationships with our husbands, wives, partners, colleagues, friends, parents, and children.

Fortunately, while we can’t help having a point of view, we can become more conscious of, and take responsibility for, our perceptions. We can observe how our perceptions and assumptions affect our behavior. This gives us more choice over our actions.

While these observations apply to all of us in the human family, I believe those of us who are highly sensitive have a particularly urgent call to contribute to a better way of approaching conflict. We are the canaries in the conflict mineshaft, after all. Conflict scares us. At best, it can leave us unpleasantly overaroused. At worst, it can trigger old attachment wounds, sending us into nervous-system shutdown.

But HSPs also bring powerful gifts to the conflict arena. We can be highly empathetic to others, and sensitive to their subtle cues and messages. And we are keenly imaginative, possessing a heightened awareness of cause and effect and consequences in relationships. So we have both the skills and the motivation to set an example for a better approach to conflict.

What do we actually see?

I took the above photo during a walk last month, mesmerized by the image of fall colors reflected in the pond. When I showed it to my partner, he said, “Nice! It almost looks like an Impressionist painting, doesn’t it?” Intrigued, I went home to refresh my memory about Impressionism.

Perusing the website of the National Gallery in London, I was surprised to learn that “the term ‘Impressionist’ was first used as an insult.” Late 19th-century critics detested the bright colors and obvious brushstrokes that now draw millions of us to exhibits of the works of Monet, Renoir, Pissarro and Degas. This was fascinating, but it was the Impressionists’ psychological approach to painting that particularly caught my attention:

Even more significant to the Impressionists was an interest in the way in which the human mind processes what it sees [italics mine.] When we look at a landscape, or a crowd of people, we do not instantly see every face, or leaf in detailed focus, but as a mass of colour and light. Impressionist painters tried to express this experience.

How fascinating to think an artist could capture what we actually see, before we make objects out of what we see. In reality, my impressions have no more objective reality than my leaf photo. But doesn’t this apparent lack of subjective reality only add to the already daunting complexity of conflict resolution? No doubt, our impressionability can be problematic, even dangerous.

How first impressions are formed

First impressions are influenced by a complex array of factors. But several facts stand out. We form our first impressions extremely rapidly—in as little as a tenth of a second. Then we hang onto them doggedly. We interpret subsequent events through the lens of our first impressions, and we may even distort observable reality in our minds, to make it fit our preconceptions.

No wonder we end up polarized, forming enemy images of each other. An enemy image, explains Marshall Rosenberg, is a judgment, diagnosis, or analysis of another person, often based on assumptions about their appearance, age, race, sex, political leanings, or religious beliefs. Enemy images feed into violence by disconnecting us from the humanity of the person we are describing.

For example, enemy images of Tutsis as insects and reptiles fueled the genocidal madness in Rwanda in 1994. An article by Kennedy Ndahiro in The Atlantic about the relationship between hateful speech and violence described the results:

The radio station RTLM, allied with leaders of the government, had been inciting Hutus against the Tutsi minority, repeatedly describing the latter as inyenzi, or “cockroaches,” and as inzoka, or “snakes.” The station, unfortunately, had many listeners….

Within 100 days, an estimated 1 million people, the overwhelming majority of whom were Tutsis, lay dead… What began with dehumanizing words ended in bloodshed.

In other words, what we see—or what we think we see—matters extremely, because it determines what we do. And what I see is entirely subjective. Is there a way out of this vicious cycle?

Working to be conscious of my point of view

Yes. There is a way out. I’ll always be subject to the neurobiological imperatives of first impressions. But if I know this, I can work to counteract it. In kindergarten, we pressed our hands into soft clay to make an impression. Once the clay dried, the impression hardened. Our first impressions harden, too, if we leave them unexamined.

But with self-examination and strong intent, we can develop a more open stance. This requires a deliberate, ongoing effort to see each other as individuals, not as caricatures based on assumptions. Once again, fortunately, we can bring our sensitive strengths to the task. Specifically, we can apply our deep processing abilities to work backwards and find ways to acknowledge and counteract our impressionable tendencies.

Here are seven actions I find helpful in this consciousness-raising process:

Notice that all these suggestions involve actions that are in my control. I can’t control what others think or do. But I can choose what I think and what I do, including the way I respond to others. If I’m willing to own my perceptions, and acknowledge the perceptions of others, I can much more easily stay in conversation with them. But there is still a final ingredient I need.

Using the power of imagination

I cannot see what I cannot see: I can’t see my own bias. But I can use my imagination to make the leap into another person’s world—or to step out of my own world momentarily so I can observe it with fresh eyes. In reality, there is always more to know.  As Einstein so beautifully put it,

I’m not saying knowledge doesn’t matter. It matters a great deal. But when I conclude I know all there is to know about another person with whom I’m in conflict, I’ve given up my only avenue of hope for connection. On the other hand, if I can admit I don’t know everything, I create space in myself for freshly imagined possibilities. Henry Wadsworth Longfellow wrote,

If we could read the secret history of our enemies we should find in each man’s life sorrow and suffering enough to disarm all hostility.

Note that Longfellow didn’t say we’d end up agreeing with our enemies. We may never agree. But once we disarm all hostility, we can find creative ways to disagree without attacking and dehumanizing each other. It’s our best chance to foster peaceful coexistence in a world where people see the same events from very different perspectives. And as sensitive people, we are uniquely well-equipped to do that.

« Have you seen My Octopus Teacher yet?
How to clear a space when you have a lot going on »