Have you seen My Octopus Teacher yet? 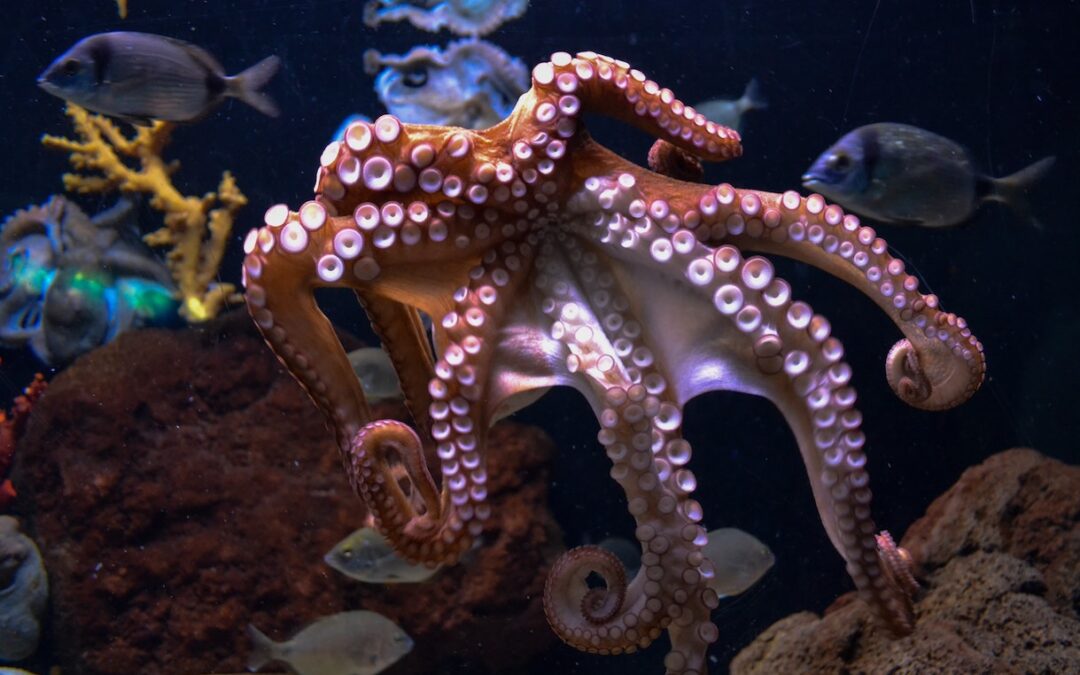 My Octopus Teacher is unlike any film I’ve ever seen. It spoke to me as a highly sensitive person—on many levels.

I’ve never started an article by saying, “Stop reading now.” But if you haven’t yet seen My Octopus Teacher (now streaming on Netflix), stop reading now. Go watch the movie. Give yourself a chance to respond to it in your own way. Then, if you are moved to, come back and read my thoughts about it.

In the meantime, one note: don’t let the “documentary” label put you off. I tend to think of documentaries as necessary medicine, often painful, grim, or polemical. Tough to watch. My Octopus Teacher is none of those things. It’s a memoir, really— a moving, meditative story about Craig Foster, a man in search of emotional and spiritual healing. And the photography is stunningly beautiful.

I don’t know if Foster is a highly sensitive person. He certainly is a thoughtful, gentle, and empathetic one. But I know many HSPs will relate to his ordeal of burnout. And we have much to learn from his path back to a life of energy, joy, and creativity.

The overriding message of My Octopus Teacher is our deep need for connection with nature. Foster described the effect on him of his many hours in the kelp forest:

You start to care about all the animals, even the tiniest little animals. You realize that every one is very important…to sense how vulnerable these wild animals’ lives are and actually, then, how vulnerable all our lives on this planet are.

I too believe that an intimate relationship with nature is essential to our humanity, our sanity, and the health of the planet itself. This core message comes across so clearly and beautifully in the film that I won’t try to elaborate on it. Instead, I’m thoughtful about three other themes that weave through the story of Craig Foster and his “octopus teacher:” the essential importance of self-connection, the demands of spiritual realization, and the power of narrative to move and inspire ourselves and others.

When our self-connection suffers, we suffer

Foster grew up on the coast of the Cape of South Africa. He became an accomplished nature photographer and filmmaker, achieving early success with The Great Dance, a documentary about the San master trackers of the Kalahari. Watching the San’s intimate relationship with their environment inspired him. But it also left him troubled. He said, “[The San] were inside the world, and I was outside. And I had a deep longing to be inside.”

Unfortunately, as Foster’s career became more and more demanding, his longing to be “inside the world” went unmet. For a sensitive person, inner disconnection is like a slow death. The agony is muted at first. Like Foster, we may try to numb it working even harder: many sensitive people excel at taking care of everyone and everything but themselves. But if we ignore the kind of longing Foster was feeling, we will end up in a crisis sooner or later.

Foster finally burned out. He endured two terrible years of depression and adrenal fatigue. Finally, desperate to do something—anything—to reconnect him to himself and his family, he made a commitment: he would revisit his childhood passion and dive in the kelp forest—every day for a year.

As Foster discovered, you can’t restore self-connection overnight. It’s a process, requiring patience, devotion, and daily attention. But it can be done. Diving every day in the frigid south Atlantic, where the water temperatures drop as low as 45 degrees Fahrenheit (8 degrees Celsius), Foster found himself slowing down. Gradually, he came back to himself. He met the octopus. He began to want to take pictures again.

Fortunately, icy water is not a prerequisite for this self-connection process: as my friend remarked after seeing the film, “It makes me shiver every time I think about it.” I’m content with land-based practices like meditation, yoga, writing, and Focusing. You can do whatever increases your sense of self-connection, as long as you are patient, devoted, and attentive to the process each day.

Though spirituality is not directly discussed in My Octopus Teacher, it permeates the film. The towering kelp forest looks like a sinuous, swaying underwater cathedral. But despite this flowing beauty and peace, there’s a reason some traditions refer to the spiritual search as “the warrior path.”  It’s not a road for the faint of heart. There is a price of admission.

Foster’s price was impressively physical. He dove in icy cold water, without a wetsuit or scuba gear, holding his breath for many minutes at a time. The waters of the Cape are among the most dangerous in the world. A diver can easily be dashed on the rocks. Foster matter-of-factly described this coastal swell as a far greater danger than the sharks he encountered every day.

In addition—partly from choice, and partly because there were few people physically capable of joining him under these conditions—Foster dove alone. The spiritual path requires this kind of courage of us. The essential commitment is personal and solitary: you alone can know and pay your particular price of entry to the spiritual path. You alone decide to stay on it.

But once we make this fierce commitment, we set powerful changes in motion. In Foster’s case, the solitude, the cold, and controlled breathing combined to focus his mind to an extraordinary state of clarity. As his depression slowly lifted, he felt the world of the kelp forest around him. At long last, he felt himself in it, as he had so longed to do. And, paradoxically, he began to draw to himself the support he needed from others—including the octopus herself.

We need support making sense of our story

Not long after he met his octopus teacher, Foster developed a second, equally important relationship—a human one. Pippa Erlich, who quit her full-time job to work on the project, directed the film and filmed many of the underwater scenes that feature Foster. But she did much more than direct My Octopus Teacher. She helped Foster decide what story to tell in the film.

In that regard, the “making of” story of this film is as fascinating as the film itself. Foster didn’t set out to make a documentary about an octopus. He was just trying to save himself. As a result, he had no script to hand to Erlich. So as the two of them dove and filmed by day, they also argued and discussed late into the night about how to use the footage.

Foster had watched in horror as two whales drowned in the nets used by an octopus fishing operation nearby. He passionately believed that environmental activism should be the central theme of the film, with the whale killings at the center. But Erlich, with equal conviction, felt the story should focus on Foster’s personal journey.

In the end, Foster bowed to Erlich. He was extremely reluctant to come out from behind the camera. But he allowed himself to be interviewed. He told the story of his depression, his yearning for connection, his transformation in the kelp forest—and of his relationship with his octopus teacher.

We can chose the stories we tell

The resulting film is a far more inspiring call to action on behalf of environmental stewardship than a hard-hitting expose-style documentary would have been. And I found the background story of Foster and Erlich’s collaboration equally inspiring. They asked the questions we each need to ask as we create the narrative of our lives: What is our intent in the telling? What do we emphasize? What do we omit?

In their creative process, Foster and Erlich modeled the powerful reality that we can choose the way we frame the events… and that our choice profoundly affects our sense of meaning, self-worth, and contribution. Of all the powerful messages I took away from this film, I think this one is most important.

« How do you stay sane when the world turns upside down?
To head off conflict, acknowledge your point of view »