Is it time to take your Inner Critic to obedience school? 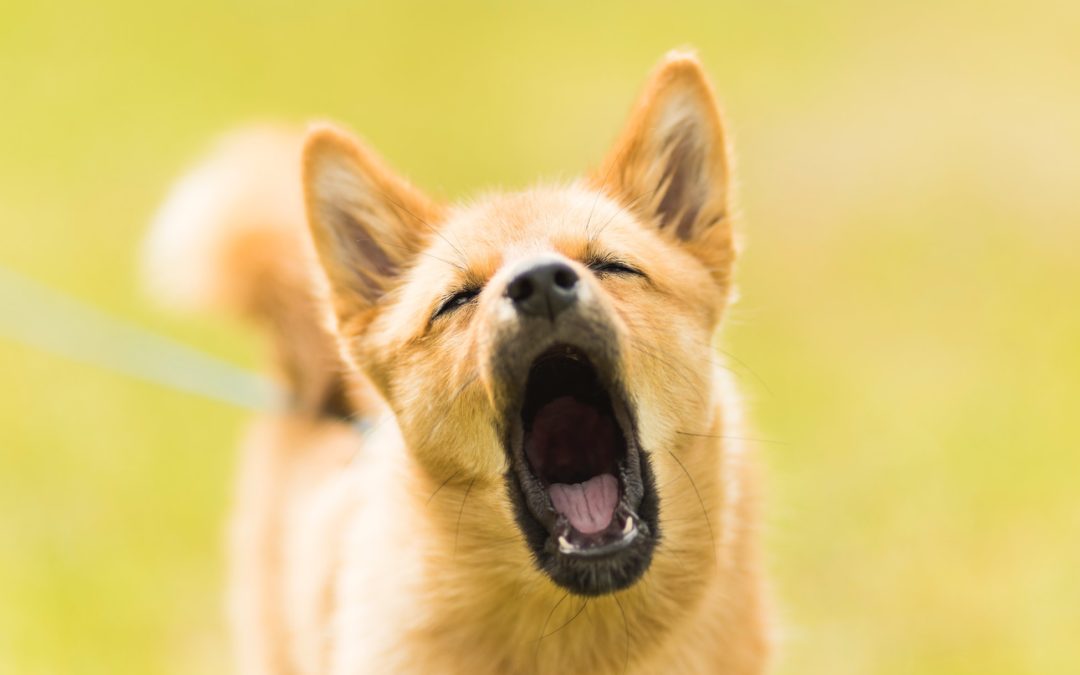 If you’ve taken time to work with your self-critical thoughts, yet they still plague you, then it may be time to take your Inner Critic to obedience school. Old habits are hard to break, and self-criticism is no exception. Fortunately, we can tap into powerful habit-changing techniques for this inner work.

I love it when graduates of my Focusing for Sensitive People courses write me with questions about their ongoing Focusing partnerships. This tells me they are staying engaged with the process and going deeper into themselves. For highly sensitive people, going deeper is a great thing. When we know ourselves better, we are empowered to take better care of ourselves. The process itself feels good, and we feel better and better.

So I was delighted to hear from Monica with an intriguing question that had come up for her during a recent Focusing partnership session. She wrote,

I was focusing yesterday with my partner, and I had a guest show up who presented as The Inner Skeptic. Could this be the Inner Critic in disguise? It didn’t have as threatening or intimidating a demeanor as the Inner Critic usually does. It was more the sense of it rolling its eyes at me—as if I was making too big a deal of something. I’m curious to hear your thoughts/experience of this.

Absolutely, an Inner Critic could show up as a skeptic. In fact, my Inner Critics sometimes go through a “skeptic phase” on their way towards retirement! A skeptic is like a critic who is open enough to actually talk to you, not merely yell at you. In that stage, you can invite the skeptic to stay nearby around the topic of interest, to let you know if they think you are getting off track somehow. They really like that.

Self-criticism is a big issue for many sensitive people. I still go to town on myself sometimes, even after years of inner work. If you do, too, you might want to read more about how to tame an Inner Critic.

Some Critics simply retire the moment you put yourself behind the wheel. They fly straight to Bermuda, where there is a special beach for them, and they spend their remaining days sipping drinks garnished with small umbrellas.

But most Critics stick around to backseat drive you for a while. You have to earn their respect by showing up in a responsible way over time. And some really persistent Critics don’t retire even then. These may morph into the kind of Inner Skeptic Monica described. They behave like my neighbor’s dog, who insists on barking at me as I pass by on my daily walk, even though I’ve never entered her yard and probably never will.

My neighbor’s dog can make amends for her daily barking, though, by offering us insight into how to handle a persistent Critic.

Let’s say my neighbor leaves his dog, Susy (not her real name), out in the fenced yard for long periods each day. And every day, Susy sees me coming and starts barking. My appearance has triggered a three-step habit loop in Susy.

As Charles Duhigg explains in his bestselling book, The Power of Habit, habit loops have three steps: a cue, a routine, and a reward. Susy’s cue, as we’ve seen, is my appearance—step 1 of the habit loop. Susy’s routine is to bark loudly at me: this is step 2. And Susy’s reward, step 3? Dogs who spend too much time alone engage in “boredom barking,” just to break the monotony. So Susy’s reward is a bit of excitement in the midst of a long, lonely day.

Susy has come to associate my appearance with barking. As a result, she may bark on cue when I show up, even when she’s just spent an hour playing with her person. Now a truly tricky aspect of habits kicks in: over time, a cue becomes associated with a craving for the associated reward. And cravings are devilishly powerful.

Pavlov’s dogs salivated at the mere sound of a bell, once they had come to associate that bell with food. Similarly, as we’ll see in a minute, a habit-bound Inner Critic mentally salivates in anticipation of its own brand of reward.

If you’ve gotten to know an Inner Critic, and it knows you are in the driver’s seat but still insists on backseat-driving you, then further empathy, listening, and Focusing with this part may not help. Monica’s Inner Skeptic is, I’m guessing, stuck in a habit loop. Like a boat that keeps gliding forward in the water after you’ve cut the motor, habits have their own momentum.

Our brains create habits to conserve energy, because making decisions is very tiring. That’s why you put on your socks in the same order each day, brush your teeth the same way, grab a snack at the same time, and so on. These behaviors are automatic, saving us energy for more demanding mental tasks.

Let’s look at Monica’s case. When she thinks of certain topics, her Inner Skeptic responds on cue with its routine of skeptical comments, anticipating its reward—that is, the satisfaction of knowing it has kept you safe in some way. Perhaps it is sure it will prevent you from doing something “stupid,” or protect you from others’ disapproval, or help you avoid feeling some intense emotion it fears would overwhelm you. Whatever the reward might be, remember that at this point, the mere craving for it will keep the Skeptic going.

How to take your Inner Critic to obedience school

How do you change this cycle? The research Duhigg compiled showed that it’s not enough simply to change the routines we associate with certain cues. These changes won’t last, because they leave our cravings unaddressed. The trick is to replace the current craving with a new one. Looking at a large study of successful dieters, Duhigg notes (pp. 58-59) that, in addition to eating breakfast daily, the great majority

… also envisioned a specific reward for sticking with their diet—a bikini they wanted to wear or the sense of pride they felt when they stepped on the scale each
day—something they chose carefully and really wanted. They focused on the craving for that reward when temptations arose, cultivated the craving into a mild obsession. And their cravings for that reward, researchers found, crowded out the temptation to drop the diet.

So to change a pesky habit of self-skepticism, you need to notice how you feel inside when you talk to yourself that way. Not great, I’m guessing. Then imagine how you would like to feel. It might help to recall how you’ve felt after talking to a particularly kind friend—someone who is supportive, accepting, and curious.

This good feeling is your “bikini.” It’s the reward for creating a new routine.

Now you just need the new routine itself. The skeptical thoughts are going to arise, so create a new habit loop:

The cue: You notice a skeptical thought
The response: You say to yourself, “Good catch!” And you smile and slowly exhale.
The reward: The immediate good feelings of exhaling deeply while knowing you are
changing a painful habit, and the longer-term reward of feeling happy and peaceful
inside.

Dr. Margaret Paul uses a similar strategy of “changing the channel” of your mind. For Monica, this might mean switching to the “gratitude channel” whenever she notices herself thinking a skeptical thought. She might look back over her day so far and think of the best thing that has happened.

Changing your habit loop will only work if you have first gained the trust of the Critic by building a new relationship with it. If your Inner Critic does not yet trust you, then “changing the channel” will backfire. But once you have established trust, you can install a new habit loop over your old one, replacing self-criticism or self-skepticism with kindness.