How do you handle an emotional shock? 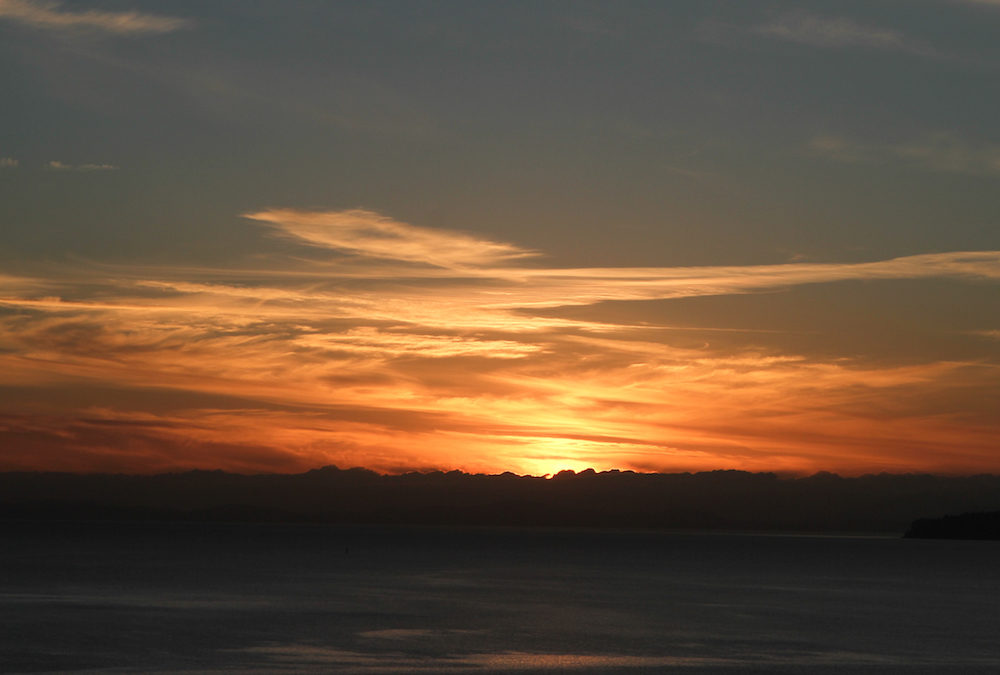 Most of us have our ways of recovering from every-day relationship “bumps”….but how do you handle an emotional shock? Talking yourself out of it unfortunately doesn’t work, as I was reminded last week.

One night not long ago I walked full-force into a wall. I had flipped out the lights to head up to bed, and the sudden darkness blinded me. My nose hit first. The pain was so sharp it made my eyes water.

Then I cried real tears. I invariably cry when I take an unexpected hard blow. I think this emotional response originated decades ago on the day I let go of the swing just as my dad gave me a good firm push. I flew up in the air—then fell and hit the concrete playground, head first. My poor dad still shudders remembering this incident. I don’t remember the impact. But my body had registered the shock of a joyful flight ending on hard concrete.

I experienced a surprisingly similar shock last month when I opened an email from my partner. He had been working in Rwanda for two weeks, and when he travels, we keep up a daily exchange of newsy, affectionate emails. We share photos and pepper our messages with goofy emoticons.

This message was like nothing I had ever received from him. He was tired, and angry. He was at the end of his rope—with me. As I took this in, the shock I felt was arrestingly physical. My body reverberated with it well into the following day.

The intensity of my reaction left me thoughtful about emotional shock. How could an email have left me in such an altered state that when a close friend called that night, she didn’t recognize my voice? Why didn’t it help to remind myself that my partner and I have a strong foundation and that we would undoubtedly work our way through all this when he got home (as did in fact happen)? How could I have handled it better?

Why a cognitive approach won’t help with shock

Being sensitive means my feelings get “bumped” more easily than many people around me. I know that. I’m even familiar with the cognitive-behavioral strategies some therapists use to minimize this reactivity. In fact, I tried the whole shooting match on myself during those 24 hours of intense distress. I attempted to:

I managed to spend an entire Focusing session caught in this cognitive mentality, flip flopping between the two parts of me.  One part offered all the above suggestions. It insisted I was “off track” and that I needed a refresher course about my partner’s good intentions, my excessive sensitivity, and so on. The other part responded rebelliously to this advice.  It was angry at my partner and wanted him to understand my point of view.

Understanding the nature of emotional shock

This inner squabbling left me feeling worse. Why? Because I wasn’t truly in Presence.  I was trying to talk myself out of how I was feeling. And these are not feelings you can talk yourself out of. Wikipedia explains that in the field of physics,

…a shock wave, or shock carries energy and can propagate through a medium but is characterized by an abrupt, nearly discontinuous, change in pressure, temperature, and density of the medium.

Indeed. These dry words evoke the visceral quality of emotional shock with surprising vividness: the sensation of intense energy shooting through your body; the abrupt change from calm to immobility; the sudden change in pressure as your stomach drops through the floor; and the heat in your cheeks, followed by a sensation of cold.

In other words, shock may be emotional, but we experience it in an intensely physical way. Talking and thinking won’t help here. We need a way of actually being with the place in us that is shocked.

Being with a part of you that is in shock

In describing his Nonviolent Communication© work, Marshall Rosenberg used to say that “the number one rule of our training is empathy before education.” He was right. We need to be heard and received emotionally before we can take in information intellectually. in fact, people loathe being educated when they need to be heard and understood.

Marshall’s “empathy before education” rule applies equally well to our inner relationship. If we approach a shocked inner part of ourselves by questioning, minimizing, or educating it, we will end up feeling worse.

In fact, when we’ve been “bumped” hard emotionally, our cognitive horse is out of the barn. Educating ourselves at such a moment is like lecturing an unconscious car accident victim about seat belt laws. Seat belt laws are important, but they are no use to someone who is bleeding to death. Instead, we need internal emotional first aid.

Given the intensity of my physical response to my partner’s email, I knew I needed to release some of the fearful shaking before I could find enough Loving Adult Presence to be with the shock. So I began my emotional first aid with several rounds of EFT (Emotional Freedom Technique) tapping. I tapped not to get rid of the feelings, but to find some space around them.

This calmed me a bit, but I still needed to sit with the part of me that was reeling from the email (and from what I was telling myself it meant). As I filmed a short demonstration video with my colleague for my Focusing 2 for Sensitive People class, I was finally able to sit with that shocked part.

The theme for the video, coincidentally, was “how to be with traumatized parts.” Our central point was one that is often missed in inner parts work: just because you can feel a part of you doesn’t mean it knows you are there with it. Inviting the felt sense of this emotional shock, I felt a plunging sensation in my belly, like a vortex.

In my mind’s eye, I saw a small creature, the size of a mouse or a small bird, trapped in a cage. No wonder my cognitive efforts hadn’t reached this traumatized creature: it had no idea I was there with it. It scurried back and forth, blinded by terror, frantically trying to find a way out.

I sat with the little creature. I sensed what kind of company might help it know I was here. And a vivid memory came from the year after I left my marriage. In that rollercoaster year, I experienced wonderful times. But I also struggled with bouts of anxiety so intense that I thought I might lose my mind. The creature took me back to show me sitting on a bench at the Zen Center. I had meditated all morning, but I still felt hideously anxious.

Finding compassion for the traumatized one

Taking in this memory, I understood the source of the creature’s terror. It feared that if things got bad with my partner, it would once again have to endure that overpowering, crushing anxiety.

Feeling heard at last, the creature began to settle. As I watched it lying on its side, panting and exhausted but relieved to have my company, I wept with compassion for this younger “me” that had endured such a harrowing experience. My isolation had been compounded by the fact that from the outside, I had looked normal and functional.

Now, feeling me with it, this small exhausted creature engaged in an inner mind meld, taking in my adult knowledge. It realized that I have many resources I didn’t have on that day at the Zen Center. My self-care is infinitely better than it was then. My partner and I have wonderful resources of love and support. My reaction to the email was very stressful, but we ended up closer as a result of talking it through.

I didn’t have to tell the creature any of this, or try to convince it. It had gotten the empathy it needed. Now it was free to absorb new information, including the truth of my current reality.

The next time you have to handle an emotional shock, remember the golden rule of “empathy before education”. Get the support you need to simply be with the shocked feelings. If you don’t have a focusing partner, 1:1 sessions can make all the difference here. When your inner parts have gotten the empathy they need, they can access the knowledge and experience you have now.

Then, when you are calmer, you can apply an introspective, cognitive approach, pondering what contributed to the shock. And you can decide whether you want to make changes based on your insights.