As HSPs, are we more vulnerable to injury and illness? 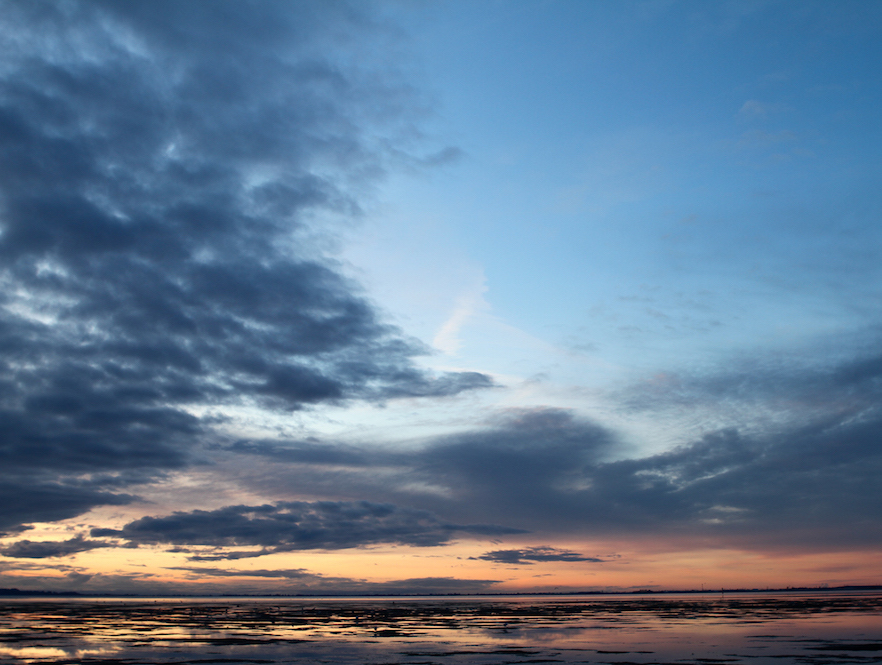 Highly sensitive people can certainly appear to be more vulnerable to injury and illness. Fortunately we can take steps to lower our risk.

I can’t believe five years have passed since our skunk nightmare. An unfortunate skunk, evidently ill, dug through our basement foundation, seeking shelter from the frigid December air. She died there, releasing the contents of her scent glands onto the floor right next to the furnace.

The furnace continued to do its job, circulating the putrid air through the entire house. Up close, skunk smells like burning tires mixed with garlic, and it is insanely potent. The human nose can detect as little as ten parts per billion of the volatile compounds found in skunk spray.

Overnight, our lives were turned upside down. Everything we owned stank. We had to move out for two weeks. The entire cleanup process took another 18 months, but by the end of the first month, my partner and I were running on fumes (pun intended.)

Not surprisingly, I got sick. I felt queasy and I ached all over. Before you send retroactive sympathetic thoughts in my direction though, you should know that I was happy to be sick. Relieved. Maybe even thrilled.

Why? Because being sick felt like the only way I could possibly justify stopping to rest. All our clothing, bedding, pillows, hangings, curtains, coats—anything that could absorb the smell that wasn’t too big to move (like the couch or the beds)—was in the garage, at the cleaners, or in bags waiting to be laundered repeatedly.

It was chaos, and as you undoubtedly know, chaos is horribly overstimulating for a highly sensitive person. The whole experience was a recipe for stress. I couldn’t stop because I couldn’t endure the chaos, yet I was too exhausted to go on.

Now, though, I was legitimately ill. I had an honorable, bulletproof excuse to go to bed and sleep.

HSPs can be more vulnerable to injury and illness

We are all more likely to get sick under stress. But there’s an additional risk for HSPs. If we haven’t learned to validate our own need for rest and “alone time,” getting sick may be our only socially acceptable way to take a break when we feel overwhelmed.

For example, did you ever get queasy, thinking of going to school? If an HSP child has picked up the cues that overwhelm isn’t a valid excuse for missing school, she may develop a stomach ache instead.

This pattern shows up for us in the adult world of work, too. In Psychotherapy and the Highly Sensitive Person, Dr. Elaine Aron writes,

Work often exacerbates [HSPs’] swings between feeling unusually gifted and unusually impaired socially and emotionally….having physically sensitive bodies anyway, these patients often develop more intense symptoms under stress…Finally, there is no doubt that since work is something every adult must do, if one feels unable, an adequate excuse is physical infirmity.*

Here’s a vivid example. Working towards a performance degree in oboe, I studied with a teacher who could be as caustically critical as he was brilliant. In one lesson he said irritably, “What is this pathetic Mickey Mouse tone you are making?” Ouch.

I was a hard-working student and there was no call to speak to me that way. Today, I’d have more internal choices around how to respond to such a comment. But at the time, my reaction was one familiar to many HSPs: I assumed I was at fault. I said nothing, but I felt mortified and distressed.

My body had different ideas, however. An hour before my next lesson, I developed a large lump in my throat, as if I had swallowed a golf ball which was now stuck halfway down. I couldn’t possibly play. I called and cancelled the lesson…and the mysterious “golf ball” melted away.

Did I make myself sick?

I have never seen a case of malingering—a true choice to feign illness—in highly sensitive patients. I have no doubt, however, that the body can cooperate when this is the only solution to a terrible problem.*

In this case, I let the incident pass without comment, but my body couldn’t. The lump was a form of protest. So was my post-skunk illness. I had refused for too long to give my body the rest it needed, and it pushed back.

As HSPs, we need to recognize this pattern. It can be expensive, painful, and even dangerous to create downtime by injuring ourselves or getting sick. My mother, a psychologist herself, explained to me that stress comes from a collision between “I can’t!” and “I have to!” An irresistible force meets an immovable object, and the body absorbs the strain.

Back when I was devoting all my time to taking orchestra auditions, I scheduled one in Boston. It was way too much on top of everything else I had going on, but I told myself I simply had to do it.

I didn’t yet possess the inner relationship skills I needed to bring this “I can’t, but I have to” inner conflict to a conscious level. Instead, as I chopped onions for dinner, the knife slipped and I sliced deep into the forefinger of my left hand.

I had been feeling like a balloon overinflated to the bursting point, but the moment I cut myself, the tension drained out of me. That particular finger operates a really touchy key on the oboe, giving me an ironclad excuse to cancel the audition trip. Although my finger hurt a lot, my main emotion as we drove to the emergency room was relief.

Beware of your conscientious HSP nature

I haven’t had a lethal encounter with a kitchen knife for many years now, and I rarely get sick because I’ve learned to take seriously my HSP needs for physical and mental rest. But the skunk incident put unprecedented pressure on my self-care infrastructure—both internal and external.

All my routines were utterly disrupted: meals, exercise, sleep, and worst of all, work, because I work from home. I often say to clients, “Your infrastructure works until it doesn’t.” This was a perfect example.

I knew I was tired. I had even taken a half day here and a night there, to rest. But I was overriding increasingly desperate messages from my body. It was saying, “I need to go to a cabin in the woods for a week and do nothing but sleep.” I was saying, “I have to wash these skunky clothes! We’ll rest tomorrow.”

Here’s where our wonderful HSP quality of conscientiousness can get us in trouble. We labor to a fault to be sure to fulfill our obligations, even if we are on death’s door. We are empathetic and keenly aware of the effects on others of our actions—or our non-actions. We hate to disappoint others, or inconvenience them, or let them down. We also dread the criticism or disapproval we may endure as a result.

On top of all that, you may feel ashamed for being exhausted in the first place. Your inner critic says, “What’s wrong with you?! Everyone else is carrying on just fine!” Remind yourself that there is nothing wrong with you. Some people thrive on chaos, or at least tolerate it quite well. HSPs emphatically don’t.

Three questions to head off illness and injury

Knowing my tendency to be self-denyingly conscientiousness, I’ve adopted a deliberate bias in favor of rest. If any thought of needing rest crosses my mind, I pounce on it and take it seriously. If you, like me, have a history of getting sick or injured and feeling secretly relieved, ask yourself these pertinent questions:

In addition, take a look at the Holmes-Rahe Scale and familiarize yourself with the 43 stressful life events that increase your risk of illness or accidents. Some of the items on the list may surprise you (who knew that getting married and getting promoted were major stressors?)

As the Buddha taught, no one in this life is immune to illness, injury, and, ultimately, death. But it’s crazy to kill yourself (or hurt yourself or get sick) to meet needs that can be met in healthier ways.

Instead, use your keen self-awareness. Deepen your understanding of your HSP tendencies. Adopt an observant, proactive approach so that you can give yourself the care you need, when you need it—before your body takes over and tries to do it for you.

Thank you Kaitlyn for the beautiful photo! (kaity.wyenberg@gmail.com)

Note: This post is an edited version of the article that originally appeared on February 5, 2018.

« Coherent breathing: a powerful resource for HSP self-regulation
Intent: your key to create a sustainable life as an HSP »