Yes, there’s a time to act—even when you don’t feel like it 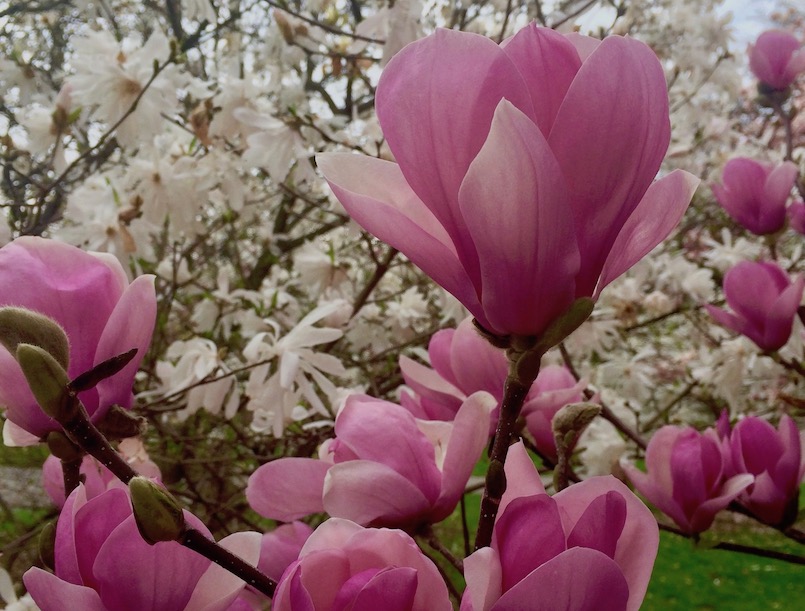 Decision-making is a notorious challenge for sensitive people. Perhaps, having rushed yourself into poor decisions in the past, you vowed in future to take your time. But then you discovered that even an abundance of time doesn’t help if you use it to ruminate yourself into a state of decision paralysis.

Let’s suppose for the moment, however, that you’ve recognized and overcome these HSP decision-making traps. Are you home free? Not quite. One more obstacle awaits you, and this one—like the sphinx who who looms up before Harry Potter at the end of the Triwizard Tournament maze—is formidable, yet subtle.

To understand this sphinx-like obstacle, we’ll turn to the work of Eugene Gendlin, himself a paragon of formidable subtlety. Gendlin identified the inner skill of Focusing and crafted it into teachable steps. But before I quote Gendlin, I’ll do what he would do. I’ll describe the whole felt sense of this final decision-making challenge. And as it turns out, this felt sense has to do with spring.

In upstate New York this year, we had begun to think spring would never arrive. It has been a long, cold, gray winter, even by Rochester standards. But one day recently the sun came out at last. The temperature rose. Tiny leaves sprang out on the trees in shades of green, red, and gold.

The words “spring came” evoke a broad felt sense. But let’s take an even closer look. There is a pattern in this process we call “spring.” We see a profusion of blossomings and sproutings, all depending on the presence of certain conditions.  Spring has a whole felt sense of something waiting to happen, and then finally happening—but only when the external conditions are right.

Think of a magnolia tree: it waits, buds closed, for the right combination of warmth and sunlight. Then it explodes into bloom. Conversely, if the right sunlight, warmth, and rain never occurred, the magnolia would simply refuse to bloom.

Of course, it is comical to think of a magnolia tree “refusing” to bloom. But here’s my point: that is exactly what we HSPs do when it comes to making decisions! We refuse to act until we feel a certain way.

The perils of waiting to feel a certain way before acting

In his book, Focusing Oriented Psychotherapy, Gene makes a stunningly perceptive statement about this pattern of waiting to act.  Just substitute “HSP” for “very introspective people” :

“…very introspective people resist trying action steps directly. They think it is artificial. They believe it must be ineffective to act in a way that does not come directly from how they feel. In a difficult situation, instead of attempting an action, they eagerly find some familiar inner conflict. It is as if they said, ‘What a relief; there is still an inward problem that can be worked on, so it’s not yet time for action.’ But a change in action can alter the whole body, and may bring just the feeling that is most lacking.” (p. 237; italics mine)

I gasped when I first read this passage, and I’ve heard clients gasp when I’ve read it to them. Why? Because I recognized myself instantly in Gendlin’s words. I ruefully recalled the uneasy feeling that arose in me each time I declared, “Ah, too bad, I’m not ready. I need to think about this more!” Most important, I understood for the first time why I had felt uneasy: my body was trying to tell me I was going in the wrong direction. By not acting, I was somehow giving in or giving up.

When do you need more processing …and when is enough enough?

At this point you may be saying, “How do I know it’s right to act, if I don’t feel right?! Maybe I really DO need to think about this decision more.” But for now, let’s imagine you have thought things over. At length. Ad nauseum. To a point where not only you but your friends, your family, and your dog are all saying, “Make up your mind already, would you?”

If you still aren’t taking action, then chances are you have fallen into the pothole Gene Gendlin so perceptively pointed out to us introspective types. You are using processing as an excuse not to act.

True, your decision to back off from action may bring temporary relief. But Gendlin makes it clear what you are give up in exchange for that relief.  “Inner change is hard to complete without at least some concrete outward action,” he explains, “and this is not only because of the change in events and opportunities a change in action brings. Performing a new action is also a physical change process. A new action changes the body …Inner difficulties will be experienced in a new and different way. A small act, therefore, insignificant in itself, has the potential to shift the whole inner complexity of a problem.” (p. 228; italics mine.)

In other words, it’s worth it to stop processing long enough to take at least some small action.

3 ways to get out of your “processing pothole”

1—Take a broad look at your pattern of feelings and action around the issue at hand.

Do you vacillate between two extremes? If you feel overwhelming stress when you contemplate the action, then overwhelming relief when you delay the action yet again, you are probably falling into the trap of waiting to feel a certain way before acting.

If you’ve fallen into the processing pothole, you will likely also notice a subtle but nagging feeling. This unease tells you there is something you need to do, or stop doing, in to be in integrity with yourself.

2—Ask yourself, “Is there some small action I can imagine taking?”

Small actions are key to your success in moving forward. Big plans that give way to the temporary relief of avoiding action are hallmarks of the vacillation between extremes that I described in #1 above.

Remember that any action, even a small one, will bring you valuable information. If you ever played the kid’s game, “hotter, colder”, you’ll recall that the closer you got to finding the hidden object, the hotter the “temperature” got. In the same way, your body will let you know if you are moving in the right direction. In Focusing, this experience of “moving in the right direction” is called “carrying forward.”

Life energy “carries forward” when the right elements are present

For a magnolia tree, the “right elements” include warmer temperatures, sunlight, and soaking rain. But the magnolia has to wait for Mother Nature to provide the right conditions. We don’t.

As sensitive people, we can create our own inner weather. In fact, we are 100% responsible for creating the conditions in which our lives can carry forward. And sometimes, we can only change the forecast by taking action.

« The danger of overriding your HSP “pause to check” habit
Feeling low? It’s time to scrutinize your mental wallpaper. »