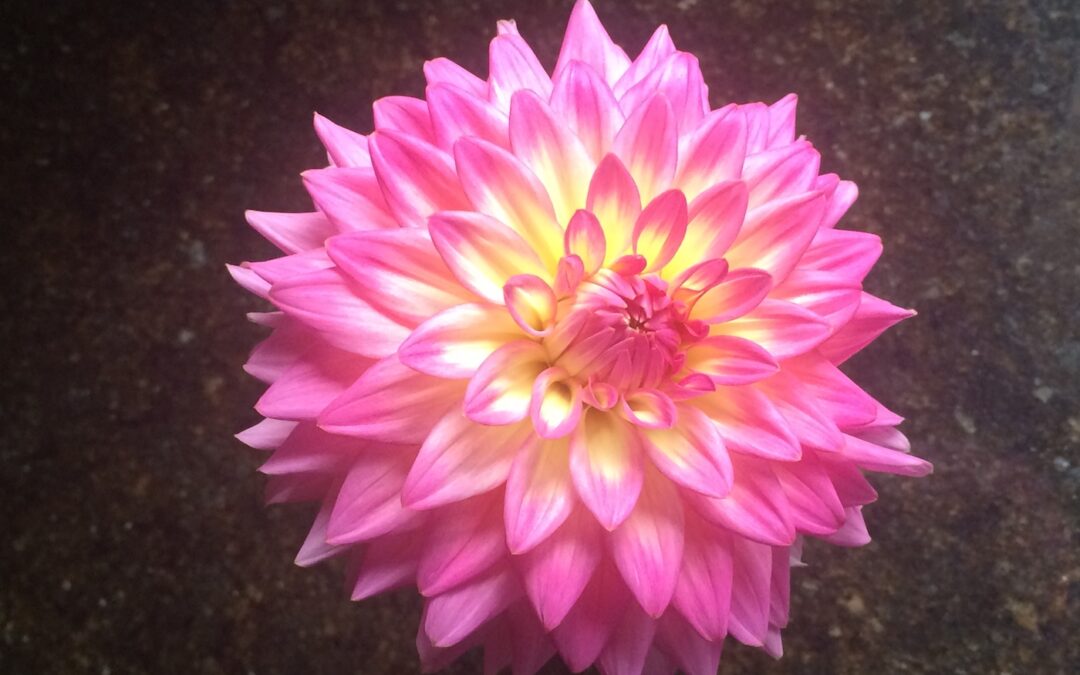 Overarousal is the central challenge for HSPs. The causes are both external and internal, and managing both is essential for your well-being.

In the first article of this four-part series, I explored deep processing— the first of four characteristics shared by highly sensitive people. The other three are overarousal, emotional intensity, and sensory sensitivity. Together, they form the acronym “DOES.”

These four aspects of the HSP trait are intimately intertwined. For example, the topic of this article, overarousal, overlaps closely with emotional intensity, as you’ll see below. Still, it’s worth addressing each of the four characteristics separately. There is a lot to take in.

Important note: I share this information with all credit and profound gratitude to Dr. Elaine Aron. Without Dr. Aron, we wouldn’t even have a name for the HSP trait, which she first identified in the mid-1990s. Nearly all the information I share about the HSP trait, including the DOES concepts, comes from her books and publications.*

Understanding overarousal so you can reframe the past

Why, then, is overarousal the bane of HSPs in particular? Because we reach a state of high arousal much more easily than our less-highly-sensitive peers. In fact, this is a defining characteristic for us. Everyone gets overstimulated in certain situations, but HSPs get easily overstimulated, across a wide range of situations.

As you read the exploration below of overarousal, I have two requests of you:

1—Pause often. Ask yourself, “Does this feel familiar? How does this particular aspect of sensitivity show up in my own life?” Note any examples that come up.

2—Take time to reflect. Ask yourself, “How do I manage this aspect of my HSP trait? Am I pleased with the way I handle it? Or is it a challenge for me?”

By examining your reactions in this way as you read, you will be engaging in a key task for HSPs: reframing your life in terms of your sensitive trait.

I’m guessing you will recognize your own experiences as you read Dr. Aron’s description of the ways HSPs suffer when we get overaroused:

Cognitive capacity (how much can be held in working memory) decreases, leading to confusion, poor memory, and a paucity of thoughts or words to express them. There is often an increase in sympathetic nervous system activation (fight or flight response)—raised heartbeat, sweaty palms, churning stomach. Overarousal can affect, for example, test taking, public speaking, or performance (sports, recitals, etc.), making conversation with a stranger, first dates, multitasking, being observed during training… (P&THSP p. 27)

Even if you’ve experienced all these sensations and reactions, you may not have known what you were experiencing. Discovering that there’s an explanation, and that you aren’t crazy, weak, or deficient, can be life-changing. I experienced this life-changing shift myself when I learned about overarousal, and I’ve seen it in many clients.

Once you understand a problem, you are empowered to address it… and overarousal is an issue you absolutely must learn to address to have a sustainable life as a sensitive person. I learned this the hard way during my career as an orchestra musician. My experience auditioning for the Boston Symphony is a textbook example of the factors that exacerbate HSP overarousal.

The snowballing effects of overarousal

By the time I applied to audition for the co-principal oboe position in the Boston Symphony, I had already taken some 75 auditions for other orchestras. Unfortunately, nearly all these experiences had been acutely nerve-wracking, to the point that I’d get an upset stomach before I even opened the application form when it arrived in the mail.

This was a perfect example of the snowballing effects of overarousal. My first audition had been on the piano, for a concerto competition. I didn’t even have the piece solidly memorized—an ominous sign— but I was a naïve 15 and had no idea how I ought to feel or how I should have prepared. When I fell apart in front of the judges, though, I knew exactly how I felt: overwhelmed and humiliated.

For HSPs, this kind of moment is pivotal. If you somehow found a way to address the painful event and process the intense emotions around it, you may have found your way forward with no damage done. I didn’t. From that day on, auditions kicked up all that old humiliation and fear of failure.

Accordingly, as I prepared for the Boston audition years later, I was carrying the intensity not only of that day but of 75 past auditions. In fact, it was only much later that I realized I had lived for years in a state of high chronic stress. I was already primed for overarousal.

Perfectionism: pouring gas on the fire of overarousal

If you’d catalogued my daily activities during my playing years, you’d have assumed I’d be in the peak of mental health. I was in fact doing everything in my power to stay calm. Every day, I practiced yoga for two hours, I walked three miles, and I meditated for an hour.

How could I not have been calm? Because no amount of self-care could outweigh the internal causes of my overarousal. In an attempt to avoid another “shameful” performance, I became a perfectionist. Every time I picked up the instrument, the critical voice in my head pointed out the tiniest flaws in my playing.

What a paradox. To avoid being shamed, I proactively shamed myself.  I coped by trying to prepare meticulously in advance:  a perfectly logical approach, and standard advice for HSPs to manage overarousal. But the effect was like pouring gasoline on a fire. The harder I tried to be perfect, the more overaroused I got.

On the morning of the audition, I woke up in my hotel room with an all-to-familiar feeling. I was sick to my stomach with nerves. It’s very difficult to play the oboe when you feel sick to your stomach, and another familiar feeling came: dread. I thought, “Oh, no. Here we go again.”

I did my best to warm up and to adjust my reeds before walking to Orchestra Hall. The queasiness, the clammy hands, and a general feeling of weakness got worse with each step. I tried to calm myself as I warmed up more in the basement practice room assigned to me.

Hearing a knock on the door, I panicked, thinking the proctor had come much earlier than expected. To my surprise, one of my competitors stuck his head in the door. He said, “Do you realize you are warming up on the wrong pieces? Did you not get the list?”

The proctor had evidently forgotten to hand me a printed list of specific passages that would be asked in the first round. This was a big deal: the list narrowed some 20 hours of orchestral repertoire down to eight minutes. As you can imagine, my overarousal shot up even higher.

When the personnel manager came to take me upstairs, my mouth was dry and my hands were clammy. Walking onstage is always a surreal experience at auditions. This was no exception. I was alone on stage with the personnel manager, while the audition committee sat out in the hall, hidden from view behind a folding screen.

I tried to calm myself by focusing on my love for this music I had worked so hard to master. Emotions welled up in me—so intensely that to my horror, I began to cry. Needless to say, it’s almost impossible to play the oboe and cry at the same time. But the silence was stretching out and the committee was waiting, so I began to play.

I got the notes out, but the sound was choked and constricted, nothing like my best playing. I wasn’t surprised to be dismissed. I retreated to my hotel room to try to get some sleep before returning home the next day. At 3 AM, I awoke from a nightmare.

In the dream, I was waiting for my order at a coffee shop near the orchestra hall when I heard voices behind me. Several members of the audition committee were talking about me, saying, “There’s that woman who sounded so awful today. She really wasted our time.” I woke up crying, flooded with shame.

Recalling this, I feel compassion for my younger self. I was experiencing the debilitating synergy of self-criticism, HSP emotional intensity, and HSP overarousal. No wonder I struggled to play my best under pressure. I had never heard of the HSP trait, and I had no tools to manage overarousal. I thought something must be wrong with me, which only made things worse.

How do you manage overarousal?

I’ve come a long way since then. I’ve learned about overarousal and how to manage it, and I’ve created a life for myself that is much more manageable in the overarousal departme

Here’s what I’ve had to do, and what I think is helpful for us generally as sensitive people:

The HSP trait is much better known now, so many HSPs already recognize the external sources of overarousal in their lives. Lots of HSP-friendly articles online focus on these factors, including loud sounds (or straining to discern soft or unclear sounds, as on Zoom); strong smells; bright lights; rough, scratchy, or uncomfortable fabrics or tags; crowds; and “too many things happening all at once.”

Medications, caffeine, and sugar belong on this list of overarousing external stimuli as well. However, internal sources of overarousal are equally powerful. When these combine with external sources, the effects can be debilitating, as I experienced in Boston.

To overcome internal overarousal, you need powerful practices to transform your inner relationship with yourself. For me, Focusing, and Inner Bonding have provided the skills and awareness to do that. Meditation, yoga, and breath practices help keep my baseline level of arousal low, and I also use breath practices in the moment to calm my nervous system if I need to.

How do you manage overarousal? There are many ways to do it. The important thing is to be aware when you are becoming overaroused, and to have practices and skills in place you can use effectively when that happens.

*Dr. Aron’s best-known book for the lay reader is The Highly Sensitive Person (THSP: 1996, Broadway Books, New York.) Her more recent book for therapists, Psychotherapy and the Highly Sensitive Person: Improving Outcomes for the Minority of People Who Are the Majority of Clients* (P&THSP: 2010, Routledge, New York) is much less widely known, but packed with essential information. The only drawback is the price at $48 for a paperback copy.

About the HSP trait